It was time for a new PC after donating my old Intel 2500k based PC to my uncle, who has never actually owned a PC before so I suspect I may get called out for a few training sessions. For it’s replacement I decided to go down the AMD Ryzen route after watching countless videos on YouTube from the likes of Adored TV, RGT, LTT, Jazy2Cents, Pauls Hardware and TastyPC, it would be the first AMD based PC I’d had since the first computer I’d ever owned – an AMD K5.

Many years ago I’d built a water cooling setup as I was into drop catch domain names which required a script to be running 24/7, this didn’t mix well with me living at my parents house as my computer was in my room and the noise from the fans at night was quite distracting! The solution was a Zalman Reserator with CPU and south bridge water blocks which I had found on eBay. I still remember very vividly going to pick it up from someone working in a very random Chinese takeaway on the outskirts of Bristol.

At the time I owned the domain WaterCooling.co.uk so I made a blog about my first endeavours into building a silent PC, I eventually sold the domain but the water cooled PC turned out to be very reliable, quiet and I had great fun playing with overclocking.

Ok back to the here and now, I don’t stickily need a water cooled PC anymore… But having a beautiful place to work and being in an environment I enjoy is more likely to mean I’m going to work more hours and enjoy my work. So I decided to water cool the new PC and use rigid tubing as I’ve always thought that looks cool AF. I spent many hours researching and then took the leap and bought water cooling and PC parts from OverClockers UK, WaterCoolingUK, Ebuyer and Aria PC.

Using a heat gun to bend PEGT tubing was a first for me, thankfully after watching a few Jaz2Cents videos I got the hang of it! I’ll put a few photos of my progress below and save the overclocking for another day! 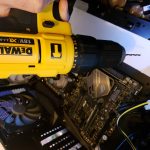 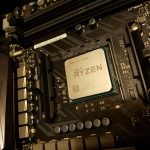 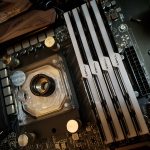 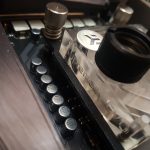 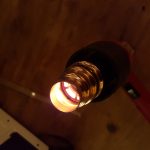 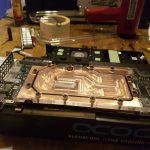 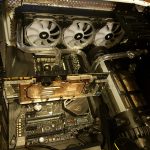 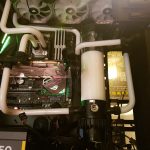 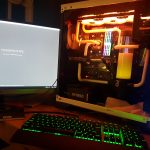 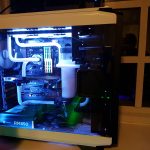 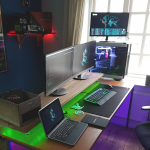