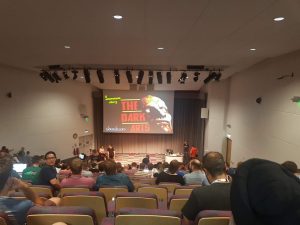 This was the second year I’ve made it up to Steelcon and it was great fun.

My favourite part is always the workshops on the Friday, this year I attended:

Bluetooth hacking with James Ogden (@linuxthor) which was super interesting and a great introduction to Bluetooth security. He provided Bluetooth dongles to use during the workshop which I’m going to have fun playing around with.

When USB Devices attach with Tim Wilkes (@TimmehWimmy) which involved coding with Digisparks and information about other malicious usb attacks (including lots of Hak5 gear). Tim obviously put time in creating examples to work through which were spot on.

Finally in the afternoon The Dark Arts with Neil Lines and Jamie Shaw. My expectations were high for this after attending their workshop the previous year. Most of the time was taken stepping through installing Windows 2008 Server and setting up Active Directory which was actually helpful and will certainly save me time on my home lab.  Once setup there was time for some fun with  Kerberoasting and a how to use an scf file to gain further credentials once you have access to a shared folder. 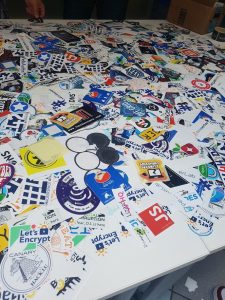 Great respect to all of the speakers for putting a lot of time in preparing their talks to share knowledge and to the organisers for putting on such a fun event. Thumbs up to Neil R for getting the England game streamed in the afternoon without a hitch.

I haven’t watched all of the videos from the other talks yet. I’ve listed the ones below for my own reference of ones I want to watch again.